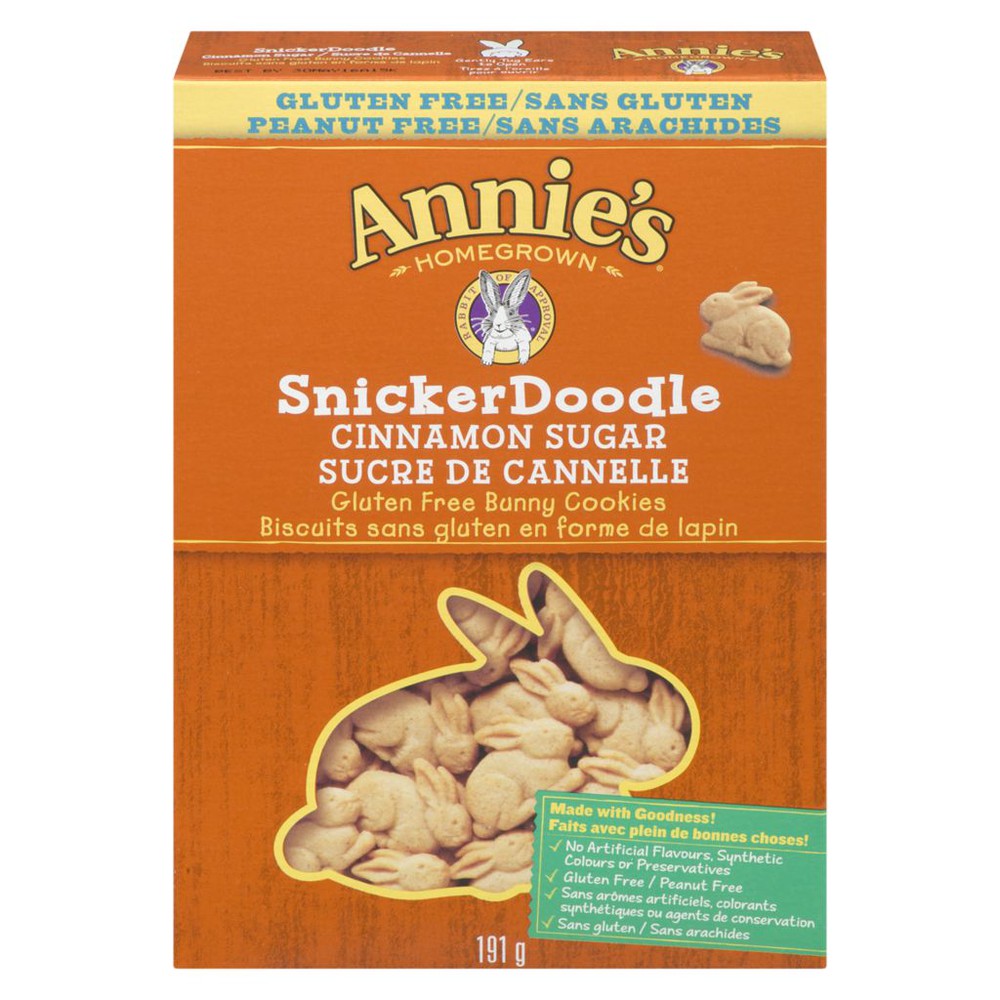 RABBIT OF APPROVAL.Meet Bernie!.Bernie was Annie's pet Dutch rabbit. When she started the company, Annie chose him to be our official "rabbit of approval" representing the simplicity, care, and goodness in all of our products..Dear Friend,.Although Bernie became Annie's "Rabbit of Approval," Nick was the first depicted on Annie's boxes. Named for the large bite out of his ear, Nick was my only urban rabbit. We shared a Boston apartment where he was free to roam. He was selective about humans - a sixth sense. If he liked you, you could give him praises and pats. If not, he quickly exited the room. Nick was a rabbit of a different kind..Bye for now,.Annie.As you hop around your local store, look for Annie's Entrees and Snacks all marked with Bernie's approval!.We work with trusted suppliers to source only non-GMO ingredients.